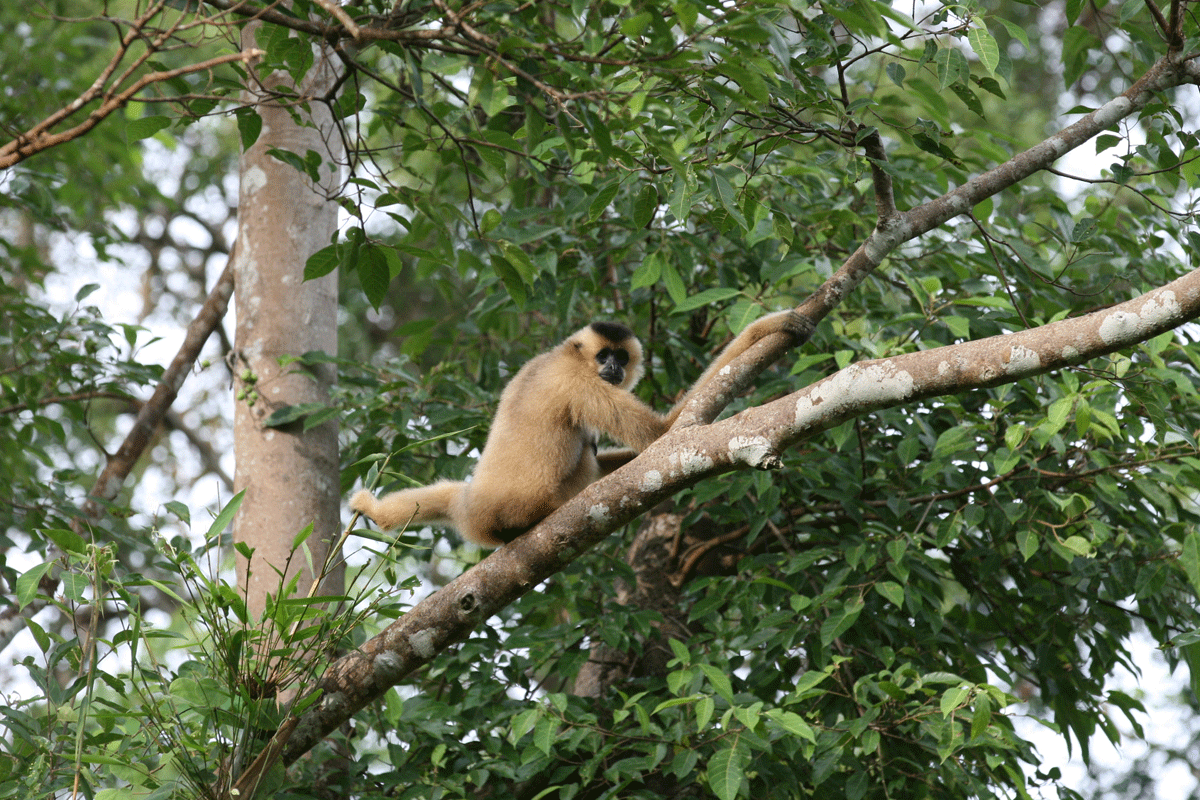 Read more about the EAZA Which Fish? Campaign

The information represented in the EAZA Conservation Map is based on information provided by EAZA Members in the EAZA Conservation Database and believed to be reliable. EAZA makes a diligent effort to provide a complete and accurate representation of the data in reports, publications, and services. However, EAZA does not guarantee the accuracy, adequacy, or completeness of any information. EAZA disclaims all liability for errors or omissions that may exist and shall not be liable for any incidental, consequential, or other damages (whether resulting from negligence or otherwise) including, without limitation, exemplary damages or lost profits arising out of or in connection with the use of this information. No part of information gathered from the EAZA Conservation Map may be reproduced for use in hard copy, machine-readable or other forms without advance written permission from EAZA and the EAZA Members from which the information originates.

Following several projects in collaboration with ZSL and the Hellenic Centre for Marine Research (HCMR) in Greece, as well as the project “Greek killifish” and the foundation project “Fish Net Greece” supported by the European Union of Aquarium Curators since 2005, a long-term partnership for freshwater fish conservation now exists in the EAZA zoo and aquarium community.

The AFRESH project is the latest in a series of projects involving a collaboration with EAZA Members and the HCMR that demonstrates the benefits of partnerships for conservation of threatened species that may otherwise be ignored.

Led by the Bristol Zoological Society, it started in January 2021 for a 2-year duration and includes activities such as:

(a) data collection on the current population status of six threatened species of Greece as well as two top alien invasive species, targeted with both conventional fish sampling and eDNA method

(c) to further disentangle native-alien species interactions, in particular the impacts caused by direct aggression and other stressors through a detailed behavioural and quantitative study

(e) to reach a wider audience of conservation practitioners working in freshwater habitats in Europe and beyond, via a project website that charts the project’s accomplishments and activities.

To read more about the project, visit the EAZA Conservation Database.

Find here the latest achievements of the projects highlighted in 2019 for the Conservation Database Snapshots. For a better view, click on the image. 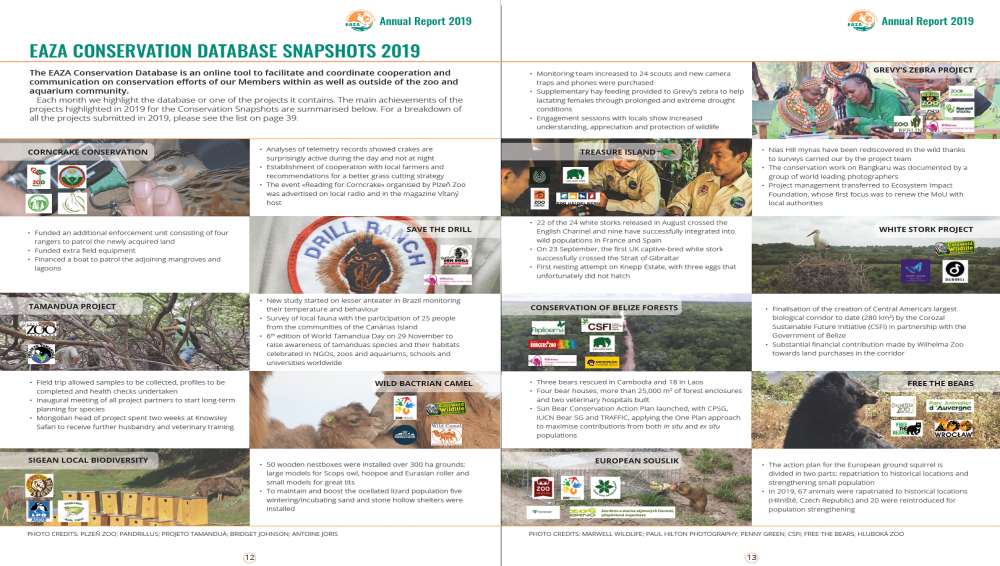